By EIN Presswire: Culture, Society & Lifestyle Press Releases on May 13, 2022 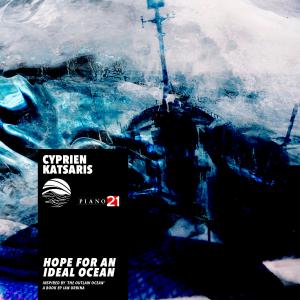 Music with a great M is simply a Miracle with another great M.”
— Cyprien Katsaris for The Outlaw Ocean Music Project
WASHINGTON DC, DISTRICT OF COLUMBIA, UNITED STATES, May 13, 2022 /EINPresswire.com/ -- In a heartfelt video, pianist and composer Cyprien Katsaris expresses his support of the innovative project, The Outlaw Ocean Music Project as a unique way of increasing the impact of the message Ian Urbina wants to bring to a wider audience. Katsaris believes deeply in the impact of music, connected to another activity and cites the impact of Gustav Mahler’s haunting and extraordinary music in the film, “Death in Venice.”

The Outlaw Ocean Music Project, run by the label Synesthesia Media, is a global and expansive effort to disseminate The Outlaw Ocean Project’s investigative journalism to a broader audience by releasing music inspired by offshore reporting.

Spanning genres from classical to hip-hop to electronic, hundreds of musicians from around the world have joined the effort. Many of the artists who participate in the project draw from an audio archive of field recordings captured by Ian Urbina while reporting offshore.

On October 17, 1999, the New York concertgoers offered him a standing ovation in Carnegie Hall for his recital dedicated to Frédéric Chopin, performed on the 150th Anniversary of his death. In March 2006, Cyprien Katsaris was the first pianist ever to give masterclasses in Franz Liszt’s house in Weimar since Liszt himself, who taught there for the very last time in 1886, the year he died. On July 10, 2014 he performed in the first concert at the Fondation Louis Vuitton in Paris.

In the video posted by The Outlaw Ocean Project, Kataris discusses his belief that music not only brings people together from all over the world, but it can also express a range of feelings and trigger individual memories and sensations specific to a listener that can’t always be captured with words.

“Ian has gone to great lengths to report these stories and reveal these truths. His work deserves credit and attention, and I think my music as well as that of other artists helps to achieve that impact,” Katsaris said. “I sincerely hope that this music project will help prevent the continued exploitation of the sea and push to establish a modicum of order on this lawless landscape.”

“Hope for an Ideal Ocean” by Cyprien Katsaris is available in all stores, including Apple Music, YouTube, and Spotify.

About The Outlaw Ocean Project:

The Outlaw Ocean Project is a non-profit journalism organization founded by Ian Urbina that produces investigative stories about environmental and human rights concerns at sea globally. The project seeks to not only produce polished, narrative investigative journalism, but also to amplify that reportage by converting it into other other mediums to reach new audiences all over the world.