By EIN Presswire: Technology Press Releases on May 25, 2022 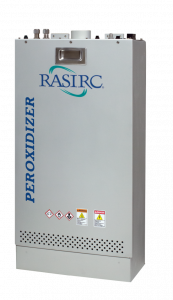 The study compares surface functionalization characteristics of hydrogen peroxide plasma to those of water and oxygen plasma-based methods. As films continue to shrink and three dimensional and gate all-around structures move into production, increasing density and reducing roughness of the interface layer becomes critical to creating very thin layers with high breakdown voltages and low leakage.

Details on the research will be presented at the 241st ECS Meeting held May 29-June 2, 2022 in Vancouver.

About RASIRC
RASIRC transforms liquids into dynamic gases that power process innovation in semiconductor and adjacent markets. By commercializing molecules for lower temperature processes, RASIRC patented technology enables the manufacture of atomic-scale oxides, nitrides, and metals. Innovative products such as Brute Peroxide, Brute Hydrazine, the Peroxidizer, and the Rainmaker Humidification Systems are being used to develop solutions for 5G, AI, IOT, and advanced automation.

What makes RASIRC a unique industry leader is our technical expertise and commitment to solving complex industry challenges for our customers. Our team of industry experts has a proven track record of beating larger competitors to market by efficiently delivering state of the art technology that reduces cost, improves quality, and dramatically improves safety. With our customers at the forefront of all we do, we continue to research, develop, and design innovative products that purify and deliver ultra-pure gas from liquids for the semiconductor and related markets. Contact RASIRC to help solve your complex problems.

Published in Bitcoin and Gadgets