By EIN Presswire: All Featured Press Releases on May 25, 2022 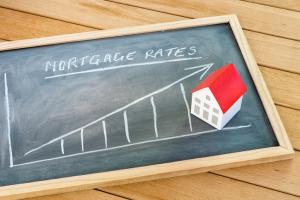 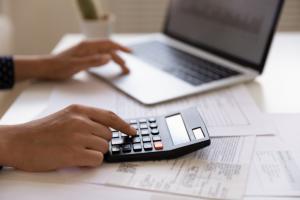 The most recent rate rise means that borrowers will have their monthly mortgage payments increase by an average of 2% (£27 a month). 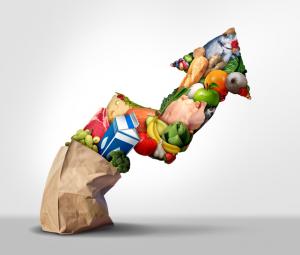 With household finances already being impacted by a soaring cost of living, many that would be looking to buy properties are reluctant to do so – with continuing rate rises being the final deterrent for the time being. 'UK expat and foreign national investors are spending less to acquire properties that are renting for more – pointing to a fantastic time to purchase a buy-to-let property.’

With the most recent interest rate rise, we unpack the impact for UK Expats investing with a UK Expat buy-to-let mortgage.

Because of the domestic conditions, there is an unusually high number of people renting, contributing to high prices and higher profits for those using UK expat and foreign national mortgage products.”
— Stuart Marshall
MANCHESTER, GREATER MANCHESTER, UK, May 25, 2022 /EINPresswire.com/ --
What is the Most Recent Rise?
On the 5th May, the Bank of England raised the base rate by another 0.25%, bringing it to 1% - the highest base rate since 2009.

Who is Most Affected?
The base rate rise is obviously of the most interest – and concern – to those on standard variable rate mortgages as these property owners will see an instant increase to their monthly payments. However, for those on fixed rate mortgages, the increased interest rate may also be of concern for when their deal runs out and they revert to their lender’s standard rate.

How Does the Base Rate Rise Affect UK Expat and Foreign National Landlords?
The base rate rise is obviously of significance to domestic borrowers. But how will it affect UK expat and foreign national buy-to-let mortgage holders? Well, as of the tax year April 2020-April 2021, landlords spent an average of 31% of rental income on expenses associated with their investment property. With an average buy-to-let property value of £202,000, we can see just how high interest rates would have to rise in order to erode UK expat and foreign national landlords’ profits.

For the average UK expat and foreign national landlord paying higher-rate tax, their profits would be fully eroded if the base rate rose to 2.75%. However, this is presuming that the entirety of this base rate interest rise is passed on to the borrower – which is unlikely to be the case. Regardless, the Bank of England reports that the average rate on a 75% LTV interest-only buy-to-let mortgage is 2.1%, meaning that a rise to 4.1% would fully erode profits. Meanwhile, a 1% increase will half profits for landlords paying higher-rate tax. For landlords paying lower-rate tax, mortgage rates would have to reach 5.6% for the average buy-to-let landlord to have their profits fully erased.

Liquid Expat Mortgages Says…
‘One of the key things to be aware of is how the uncertainty posed by consistent base rate rises is affecting buyer confidence in the market’ says Stuart Marshall. For example, a further 1% rise to the base rate would increase monthly mortgage repayments by 17.1% or £228. It would also increase the required average household income from £39,466 to £49,043. A 2% rate rise would mean an increase of 26.5% (£352) and a required household income of £54,260.

‘This massive blow to buyer confidence is making sure that potential domestic borrowers are being deterred from buying at the moment. With household finances already being impacted by a soaring cost of living, many that would be looking to buy properties are reluctant to do so – with continuing rate rises being the final deterrent for the time being. This is having two main effects that are relevant for UK expat and foreign national investors. One is that there is less competition for properties from domestic borrowers, so properties are staying on the market longer and they are coming down in price. This creates opportunities for those investors utilising some of the excellent UK expat and foreign national mortgage products currently available. The second effect that damaged buyer confidence is having is that it’s creating a more competitive rental market. As a result of people not being able to buy, there is an unusually high number of people renting. This is making it competitive to secure some rental properties and contributing to rising prices and higher profits for those using UK expat and foreign national buy-to-let mortgage products.’

‘Of course, both of these effects feed into one another and are making fertile conditions for a successful buy-to-let property investment venture. Namely, UK expat and foreign national investors are spending less to acquire properties that are renting for more – pointing to a fantastic time to purchase a buy-to-let property.’

As well as affecting buyer-confidence, the rate rises are bound to contribute to a number of forced sales amongst those homeowners whose budgets are tightest. This is especially true for those homeowners with cheap fixed-rate deals as when these come to an end, smaller salaried homeowners with larger mortgages will be hit hardest. Negative equity is a real possibility for these homeowners, with Capital Economics predicting price falls of 5% in 2023 and 2024. Capital Economics also predicts that household disposable income will fall by 3.3% in 2023. On top of this, the rising interest rates may prove to be the final blow for homeowners in precarious positions – with negative equity, the cost of living and rising interest rates meaning forced sales are all but inevitable for some. This will lead to a higher number of properties available in a slower marketplace – the ideal conditions for UK expat and foreign national investors looking to pick up a bargain.

The Big Picture.
‘For those using UK expat and foreign national mortgage products, there remain a lot of positive takeaways to be drawn out of the gloom of these now-periodic announcements. For one, it’s important to remember that while mortgage rates have increased, they are still low by historic standards. Further, the full rise in interest rates is not being passed on to the consumer by lenders. This is especially true for UK expat and foreign national mortgages, where lenders are trying to keep rates as low as possible to entice business in a competitive and lucrative marketplace.’

‘Those utilising UK expat and foreign national mortgages are also benefitting from reduced domestic competition, increased supply, more affordable housing, a busy rental market and a weakened pound. Of course, it always pays to be cautious when undertaking an investment venture. One of the best ways to do this is to speak to an expert UK expat or foreign national mortgage broker who can help to advise the best strategies and point investors towards the best deals in a busy marketplace. Looking ahead, the future will be largely dictated by what happens with the Bank of England’s base rate going forward. It’s extremely likely that the base rate will increase – with estimates predicting a figure of around 1.5% by the end of 2022 – as the Bank of England has to try and manage soaring inflation which is predicted to rise above 10% by the end of the year. If this trajectory continues, it’s likely that the trends and opportunities that have already emerged will only continue to be cemented.’

Published in Bitcoin and Press on M12 News