Buggyra is excited about the challenge of Dakar Rally 2023 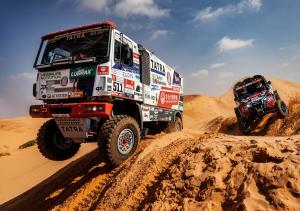 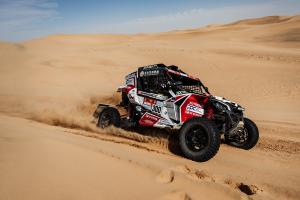 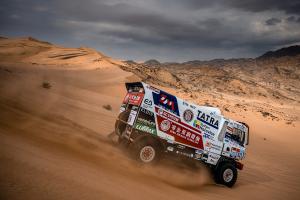 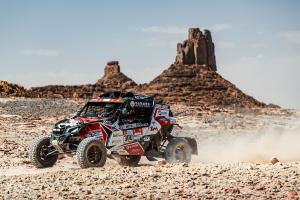 While the 45th Dakar Rally edition is still six months away, organisers have announced the plans for the event.

TALLINN, ESTONIA, June 24, 2022 /EINPresswire.com/ -- For the fourth time, the Rally will take place in Saudi Arabia, and the Buggyra racing drivers have a lot to look forward to.

“We’ve heard your wishes, to make Dakar longer and more challenging. And that’s what you’re going to get in January,” said the director David Castera at the meeting with Czech Dakar drivers, that took place in Prague, as a part of the European tour organised by the promoters from the A.S.O. company.

“We like the attitude of the organisers to keep it attractive for the drivers and to really challenge them,” says the head of communications at Buggyra Jan Kalivoda.

And most likely the drivers are really in the spotlight now, as the organisers faced some criticism. From their point of view, it is revolutionary to limit the number of entrants, which is going to improve the comfort of the others and limit the uncomfortable night trips to bivouacs.

“The planned reduction of the number of entrants should help the A.S.O. to actually give more time to the drivers. For us, it’s a really interesting move as they lose some profit from the entry fee. This is going to help the most to avoid finishing the stages during the night,” thinks Kalivoda.

Another big change is also moving the Prologue to December 31st already. After that, the crews will face 14 challenging stages, including the infamous Marathon part in the deserts of Empty Quarter, also called the sea of sand.

In comparison to previous years, the upcoming Dakar Rally is going to feature more variety in the routes, with more stages leading through the south part of the country, and 70% of the route will be completely new. The start used to be in Jeddah but now is moved to a special “XXL bivouac” at the shores of the Red Sea, named Seam Camp, which is going to be a combination of a traditional bivouac and a centre experience stage.

The Dakar Rally is now set to finish in Dammam, the 5th biggest city in Saudi Arabia. And the crews are going to arrive at the shores of the Persian Gulf on January 15th.
“The route looks interesting, but we won’t know for sure until we see the final map. I hope that they’re finally going to utilise the whole desert areas of Saudi Arabia because the Dakar really belongs there,” says the 6-time Dakar Rally winner Josef Macháček.

The most challenging technical stages will be from 350 to 500 kilometres long. And Aliyyah and Yasmeen Koloc, who are preparing for their debut, are already looking forward to those. By the time the Dakar Rally begins, the twins will be already 18 years old, and they are going to enter the SSV category with buggies.

“It’s going to be the most challenging race of my career. I’m working so hard to prepare for the Dakar, while also racing on circuits. It’s going to be a huge challenge, but I believe that I can handle it with honour,” said Aliyyah.

Meanwhile, her sister is focusing only on Dakar. “Right now, I’m working on my physical preparation and also practicing with a buggy in the desert in Emirates. It’s always been my dream to race at Dakar, and finally, it’s going to come true,” added Yasmeen.

“For both Koloc sisters, it’s going to be a huge debut. Long stages and challenging terrain, that’s going to test them right away. But I believe that all the intensive preparation is going to pay off and they will be able to utilise it all. The main goal for them is to finish and gather as much experience as possible,” finished Jan Kalivoda.