Why dream of the future, when it can be created? Be inspired by “Father of the Flying Car” 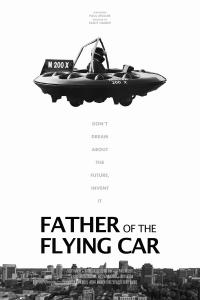 Father of the Flying Car now available on Amazon Prime

Scott Hardie’s feature documentary introduces the world to the fascinating mind of Dr. Paul Moller, the man at the forefront of flying cars.

LOS ANGELES, CA, UNITED STATES , June 24, 2022 /EINPresswire.com/ -- Flying cars have long been a vision of the future. One man has made it his life’s work to make this vision a reality, and this dream is a lot closer to being realized than people may think.

Telegraph Hill is proud to present the award-winning Father of the Flying Car, the feature-length documentary chronicling the inspiring life of Dr. Paul Moller, the esteemed inventor who has been developing flying cars since the 1960s. Directed by Scott Hardie, Father of the Flying Car was filmed over 12 years and includes never-before-seen footage from the Moller archives. Along the way, Dr. Paul Moller has overcome financial hardship, an SEC investigation, and personal loss. Presently, Paul Moller, at age 85, is continuing his goal of completing and demonstrating his flying cars. Winner of the Unsung Hero Award at the 2019 Catalina Film Festival, Father of the Flying Car is now available on Amazon Prime.

“Dr. Paul Moller’s journey is one that is full of ambition, tragedy, and optimism,” says filmmaker Scott Hardie. “There is no doubt that his past achievements have paved the way for today’s flying car entrepreneurs. The film started as an investigation, birthed by my own childhood curiosity, but soon developed into an appreciation and understanding of my own engineer father, to whom the film is dedicated. My hope is that this film will be an important recording of history, an inspiration to young futurists, and a guiding light for our future aerial endeavors.”

Synopsis
Dr. Paul Moller, an esteemed inventor, fights against the odds to complete his life's work, a flying car.