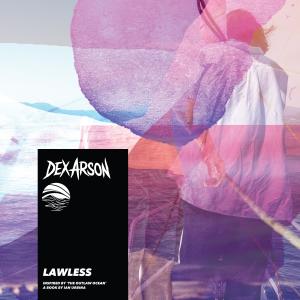 Reading the book gave me hope, as I learned of the seafarers who risk their lives to put an end to the capturing and slaughtering of whales. I want my music to be a testament to that cause.”
— Dex Arson for The Outlaw Ocean Music Project

The Outlaw Ocean Music Project, run by the label Synesthesia Media, is a global and expansive effort to disseminate The Outlaw Ocean Project’s investigative journalism to a broader audience by releasing music inspired by offshore reporting.

Spanning genres from classical to hip-hop to electronic, hundreds of musicians from around the world have joined the effort. Many of the artists who participate in the project draw from an audio archive of field recordings captured by Urbina while reporting offshore.

Connor Bamforth, commonly known by his stage name Dex Arson, is an electronic music producer and DJ hailing from Niagara Falls, Ontario. After starting out playing in bands in his early teens, Connor began his music career as a guitarist and singer. Shortly after high school, he began teaching himself how to produce and design his own electronic music. That's where this journey began. With a sound that spreads from hard electro to heavy dubstep, he is certainly beginning to leave his mark in the music scene.

Bamforth spoke about his journey creating his electronic Ep called “Lawless” and how The Outlaw Ocean connects with his life.

“I spent a better portion of my childhood marveling majestic whales from the other side of a plexiglass cage,” Bamforth said. “As I got older, I became more morally conflicted over the idea of keeping wild animals in captivity for entertainment. Reading ‘Hunting Hunters’ gave me hope, as I learned of the seafarers who risk their lives to put an end to the capturing and slaughtering of beautiful animals such as whales.”

“Lawless” is composed of five songs immersed in the beautyness of what the ocean carries, coupled up with the disquietude of a dark sensation and excitement.

“I want my music to be a testament to that cause, and reflect a range of emotions I experienced during ‘Hunting Hunters’ — the foreboding feeling upon first being introduced to the whaling ships, the adrenaline of the chase, and the acceptance of viewing defeat as another chance to do good,” Bamforth said.

About The Outlaw Ocean Project:

The Outlaw Ocean Project is a non-profit journalism organization founded by Ian Urbina that produces investigative stories about environmental and human rights concerns at sea globally. The project seeks to not only produce polished, narrative investigative journalism, but also to amplify that reportage by converting it into other mediums to reach new audiences all over the world.