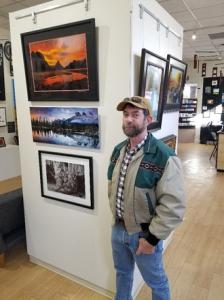 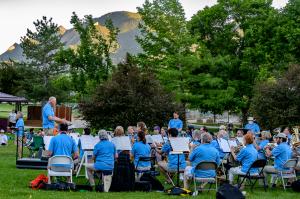 As I recover from the Marshall Fire that took my home and almost all my equipment and photos, being the Boulder Concert Band photographer is a wonderful way to get back into event photography.”
— Andy Schwartz

Schwartz studied photography at The State University of New York. (SUNY) in Albany before moving to Colorado in 1976.  He joined the graphics department of Bell Laboratories in the early 1980s and evolved to digital photography in 1994 when the company added “building photographer” to his list of responsibilities.

After joining the Louisville Art Association a few years later, Andy started Soaring Light Images, specializing in fine art landscape photography.  He continues to draw inspiration and motivation from magazine photos, gallery shows, attending workshops, traveling around the west, and looking to capture both the epic-sized scenery and the small and intimate landscape views that are too often overlooked.

"As I recover from the Marshall Fire that took my home and almost all my equipment and photos from the past 12 years, I see becoming the staff photographer for the Boulder Concert Band as a wonderful opportunity to get back into event photography," commented Andy. "Plus, I can exercise my creativity with everything that happens at a Boulder Concert Band event, including the beautiful outdoor summer concert spaces."