“Beyond the Verse of Korea” Special lecture, celebrating the 10th anniversary of the King Sejong Institute Foundation 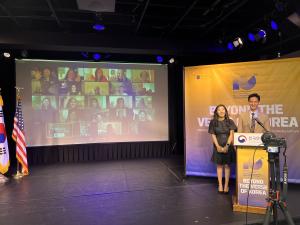 BEYOND THE VERSE OF KOREA (Zoom Session) 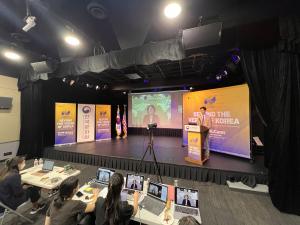 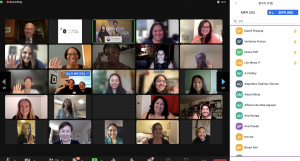 Held by the King Sejong Institute Center, USA. and Korean Cultural Center.
The third expert is David McCann, a professor at Harvard University in the U.S.

LOS ANGELES, CALIFORNIA, UNITED STATES, July 1, 2022 /EINPresswire.com/ -- The King Sejong Institute Center, USA (Chairman Lee Hae-young, hereafter referred to as the Foundation), together with the Korean Cultural Center overseas in Los Angeles (Director Sang-won Jung, hereafter referred to as the Korean Cultural Center in Los Angeles), commemorated the 10th anniversary of the King Sejong Institute Foundation and the 140th anniversary of the establishment of diplomatic ties between Korea and the US. They held a special lecture featuring a world-renowned professor at 18:30 local time on June 29 (Wed) at the King Sejong Institute in the U.S.

This famous lecture was held to commemorate the 10th anniversary of the establishment of the King Sejong Institute Foundation by holding a campaign called ‘Beyond the Verse of Korea’. Harvard University professor David McCann, who has contributed to the globalization of the world and the founder, was invited to lecture.

The special lecture was conducted in through zoom in the auditorium of the Korean Cultural Center in LA, where the King Sejong Institute Center USA is located. If anyone is interested in Korean culture, such as Korean literature, it was conducted in a way that anyone can participate in the special lecture by registering in advance through the King Sejong Institute Center’s social media.

Professor David McCann from Havard is the Korea Foundation Professor of Korean Literature, received his B.A. from Amherst College, taught English for two years in Korea, and received M.A. and Ph.D. degrees from Harvard. He has published thirty-one books as well as ten collections of his own poetry. His current work explores the performance functions of literature during periods of cultural confrontation, the case-study functions of historical compilations, and other features of Korean literature and literary culture.

David McCann explains how his experiences in South Korea have brought him so much knowledge regarding Korean culture.

One of the most amazing things about sijo is that this culture transcends language, as he reminisced on an English-language sijo-writing contest held by U.S. ambassador Kathleen Stephens. These students were able to write sijos in proper English, demonstrating a product of the improved US-Korean relations.

Mr.McCann introduces Sijo by explaining the basic structures of the form of poetry, using “Bamboo Grove” by Richard Rutt as an example.

David McCann analyzes “Jeong Ch’eol (1536-1593)” and shows how this piece demonstrates the tension during the Joseon Dynasty. Government officials would push back on Buddhist practices.

“Hwang Chin-i (16th c.)” exclaims to the audience that they need to slow down and simply take in what is happening. Along with this, he goes into depth on the combination of languages used in Sijo. This piece is used as a demonstration, showing how the beginning of the lines were written in Chinese characters while the rest was in Korean. The Chinese characters are the “Jade Green Stream” as well as a government position.

David McCann then illustrates the rhythm of Sijo poetry through the use of Sijo music sheets.

By introducing the period of the Sijo wave, he explains that the Korean Sijo has influenced some of the most affluent Westerns works of literature. David McCann highlights this through Henry David Thoreu’s “Walden”. Walden, p 134, points out the rhythm and syllables in this piece and how it is the same structure as a Sijo’s stanza.

He begins to illustrate his experience in Newport, Rhode Island where the piece “Entrance” was based on. Mr.McCann relates the landscape full of mansions to the use of ‘entrance’ as a double entendre. These entrances are meant to entrance someone due to their beauty.

David McCann displays a video of himself participating in the act of performing Sijo, ending the presentation with a demonstration of his passion.

After 30 minutes of lectures, we had a question-and-answer session, and Ellie, a fan of Professor McCann, asked Professor McCann “Out of all the various authors and works of sijo was there a particular piece or post that attracted you or stood out?” and Professor McCann answered, "I was attracted to Sijo because of the great eloquence of the writing. But also because of the sijo songs that were filled with a new particular emotion and speciality. A personal favorite of mine is a poem from Hwang Jini called Blue Stream. It's always a journey to learn how sijo works." and it was a meaningful time to feel Professor McCann's affection for Korean literature.

The event, which was held online to prevent the spread of COVID-19, ended successfully with about 180 Korean language students and Korean language education officials from 39 states across the United States, including Hawaii, Alaska, Oregon, Arizona, Massachusetts, New York, Illinois, and Pennsylvania.

Lee Hae-young, president of the Foundation, said, “I hope that through this special lecture by Professor McCann, Americans will be able to sympathize with Korean literature and the Korean sentiments contained in the sijo, and further develop a deeper interest in Korean literature.”

Meanwhile, at the end of 2021, the annual number of students at Sejong Institute was 81,476, up 110 times from 2007 when Sejong Institute was first opened, and the cumulative number of students from 2007 to 2021 reached 584,174. In June of this year, the foundation established 23 Sejong cram schools in 19 countries as the demand for Korean language education has been increasing due to the recent Korean Wave craze such as K-pop and Korean movies It was newly designated. In the case of the United States, one new location was designated in St. Louis, Missouri, in 2022, and a total of 13 Sejong Institute schools are currently in operation.